Alcoholism is characterized by a strong mental and physical dependence on alcohol intake. It is a disease that develops rapidly and goes through several stages in its development, during which there is a gradual increase in alcohol dependence and a decrease in the possibility of self-control in drinking alcohol, as well as the progressive development of various disorders caused by alcohol poisoning of the body.

Traditionally, the following main groups of persons are distinguished in the population: 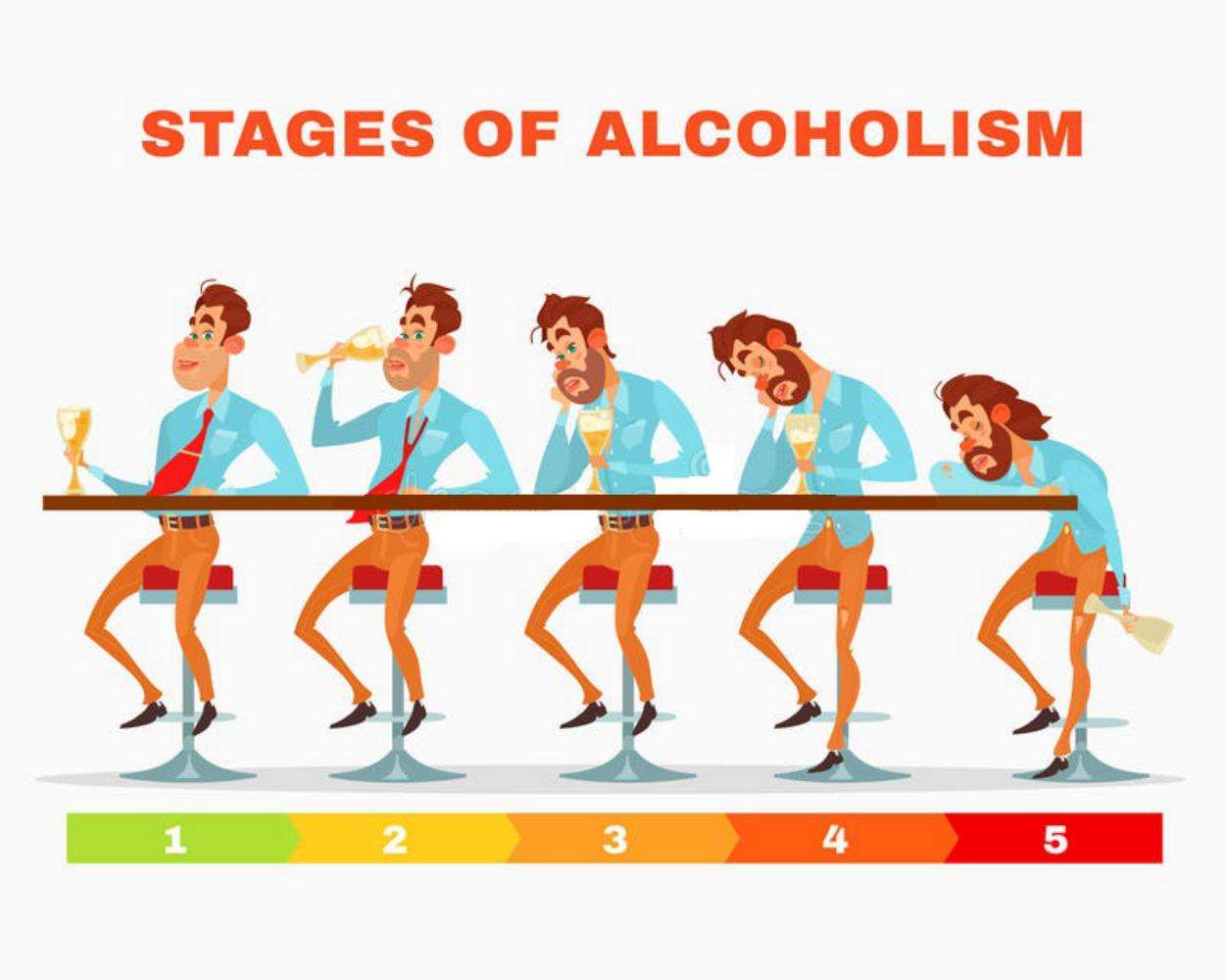 People do not immediately become alcoholics. Usually, this is preceded by some stage of the formation of addiction. A person drinks alcohol from time to time, depending on a situation, as a rule, in a company, but rarely gets seriously drunk. At the first stage, a person can, without harm to his or her psyche, stop drinking alcoholic beverages at any time.

A novice alcoholic may not drink regularly, but, having already decided to drink, he does so with determination. This is especially dangerous in the case of adolescents who find themselves in the face of this threat early on in their life: during the gatherings of young people, drinking may be the only driving purpose of their communication.

The use of large amounts of alcohol in a short period can lead to terrible consequences for the body: alcohol poisoning, development of addiction, coma, death, and for the social status of a person: without controlling oneself, one can bring trouble on himself and his loved ones.

The next stage in the stages of alcoholism will be the development of consistency, that is, the regularity of use, for example, once a week on weekends. A person often has an overwhelming urge to consume alcohol. The drinker loses a criticizing attitude towards drunkenness and tends to justify every case of alcohol consumption. The reasoning behind this may be the “desire” to see friends or just relax, loneliness, boredom.

While a person without alcohol dependence can afford to drink a glass of wine at lunch, the aspiring alcoholic begins to experience an emotional attachment to drinking. For such a person, alcohol begins to be associated with well-being, good mood, and relaxation. At this stage, one is not far from full-fledged alcoholism.

At this point, the person already begins to lose control over the amount of alcohol consumed. The amount and frequency of use are increasing, but the daily amount may vary. It depends on the mood, physical condition, or duration of abstinence from alcohol. It is noteworthy that in a sober state, a person does not have a desire to drink, but after taking a critical dose, he no longer controls the process.

The craving for alcohol sometimes reveals itself, then subsides – perhaps the addict is either not aware at all or is poorly aware of his growing addiction. Most importantly, the first consequences of excessive use begin to appear: sleep disturbance, irritability, anxiety, problems with relatives and friends, troubles in social circles.

Stage 4. The appearance of a need to drink

We are not yet talking about fully formed alcoholism at this stage of alcohol addiction, but we are close. A person can still fully realize that he or she is on the verge of dependence, but already almost does not resist. Also, alcoholic tolerance has formed: much more is needed to get the same intoxication effect.

Regular intake of alcohol into the body becomes necessary because a person is so “accustomed” to alcohol that without its regular intake he or she is not able to function normally. If the dose of alcohol is not received, mental disorders, insomnia or nightmares, headache, thirst, loss of appetite, and muscle tremors occur.

The craving for alcohol becomes stronger, and self-control is weakened. Even after drinking a small amount of alcohol, the individual loses the ability to control the amount of alcohol consumed. In a drunken state, a person behaves unpredictably and sometimes dangerous to others. Hallucinations are also common.

Alcohol completely took over the human body and mind, and total dependence on the physical level was formed. Withdrawal symptoms develop. Individuals completely lose control over when they drink: morning, afternoon, evening. They can hide alcohol from relatives or simply avoid contact with anyone. As a rule, all this is accompanied by dismissal from work, the destruction of any social contacts.

There is a further disruption of sleep, the immune and other systems, vision problems, diabetes, cancer, liver cirrhosis may develop. Alcoholics do not live long, and in the worst cases, they can also take innocent people with them as a result of an accident and lack of self-control.

Of course, it doesn’t take much cleverness to blame alcohol for all the troubles. Very often, alcoholism develops only as a result of other problems: an incomplete family, failures at work, and in life. It is important to understand that this is a problem that can be resolved with help. It is in the power of relatives and friends to notice the problem in time and try to prevent it from developing. If it was not caught in time, many support systems allow them to break free from this addiction. 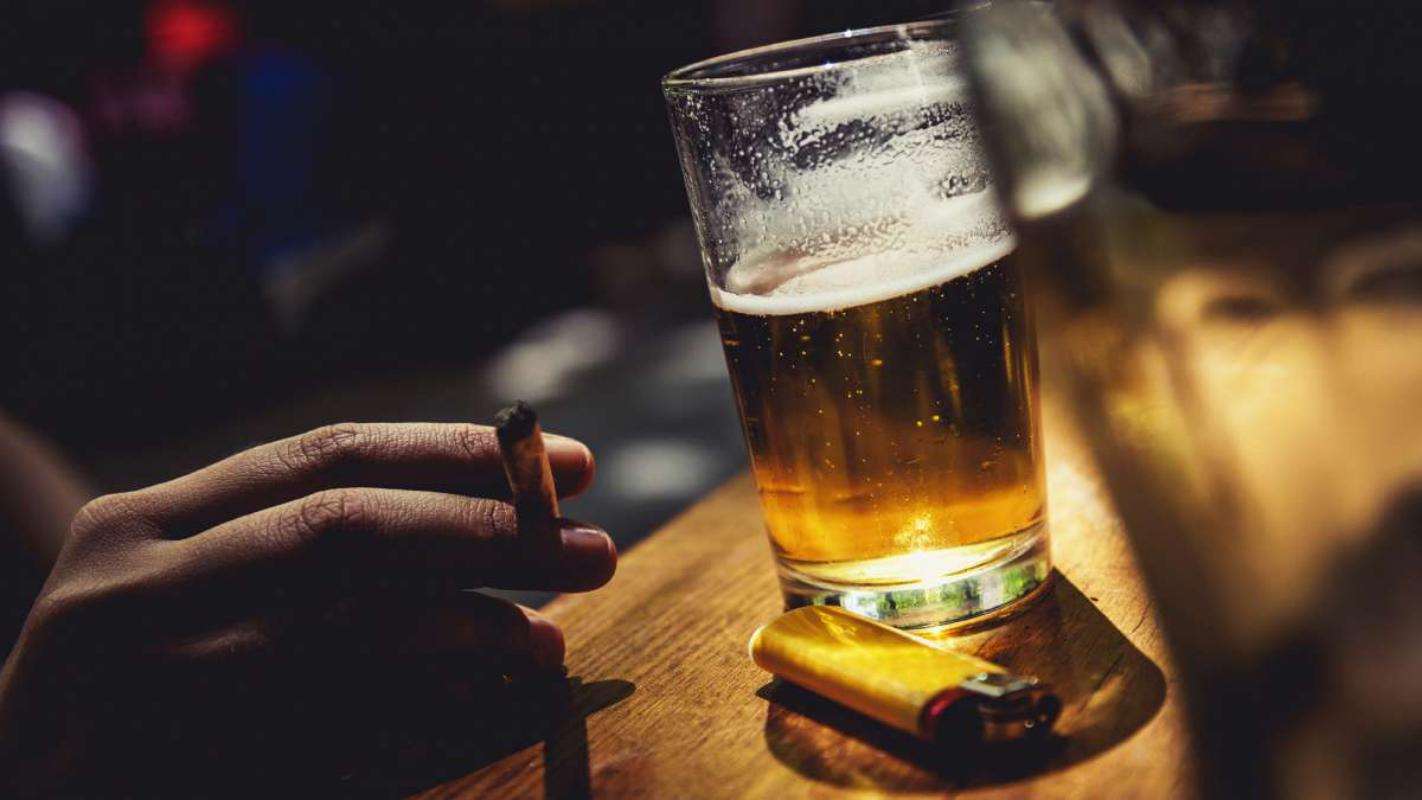 Drinking is like playing with fire. We look around and there is a fire around us, along with which our whole life is burning: health, time, relationships with loved ones. In addition, every person is unique and while one can drink often and not see many negative consequences, the other can progress through the stages of alcohol addiction very quickly due to life circumstances, genetic predisposition, and other factors.

Moreover, the transition between the stages of alcoholism is smooth and invisible. Also, female alcoholism differs from male alcoholism by a faster speed of development. If a man, for example, can be in the second or third stage of alcoholism for about 10-15 years, then for a woman, the path from the first stage to the fourth can take only 1-2 years.

It is important to be able to stop any opportunities for the development of alcoholism in time because we all understand the consequences that it can bring on. Fortunately, not all hope is lost and there is still hope even for the worst alcoholics. One can turn around with the help of friends, family, psychological therapy, and professional alcoholism treatment.