Any allergy is associated with an unreasonably increased sensitivity of the immune system to certain substances that enter the body from outside. That is, when faced with a foreign but at the same time harmless organic compound, the human defense system begins to produce antibodies with unjustified intensity, which destabilizes the normal functioning of the body due to the absence of a real enemy.

Allergy to alcohol is caused by the fact that your immune system does not respond appropriately to it. A true alcohol allergy is hardly ever encountered. The mechanism of hypersensitivity to ethyl alcohol, which is very rare, has not yet been established. After all, the human body itself constantly produces a small amount of alcohol. Its average blood content usually ranges from 0.01 to 0.03 mg. Therefore, from childhood, we get used to alcohol as a potential allergen.

Alcohol intolerance is usually caused by genetic problems that are observed at the level of the digestive system. It is associated with symptoms of intoxication. Alcohol intolerance can cause immediate, uncomfortable reactions after alcohol consumption. 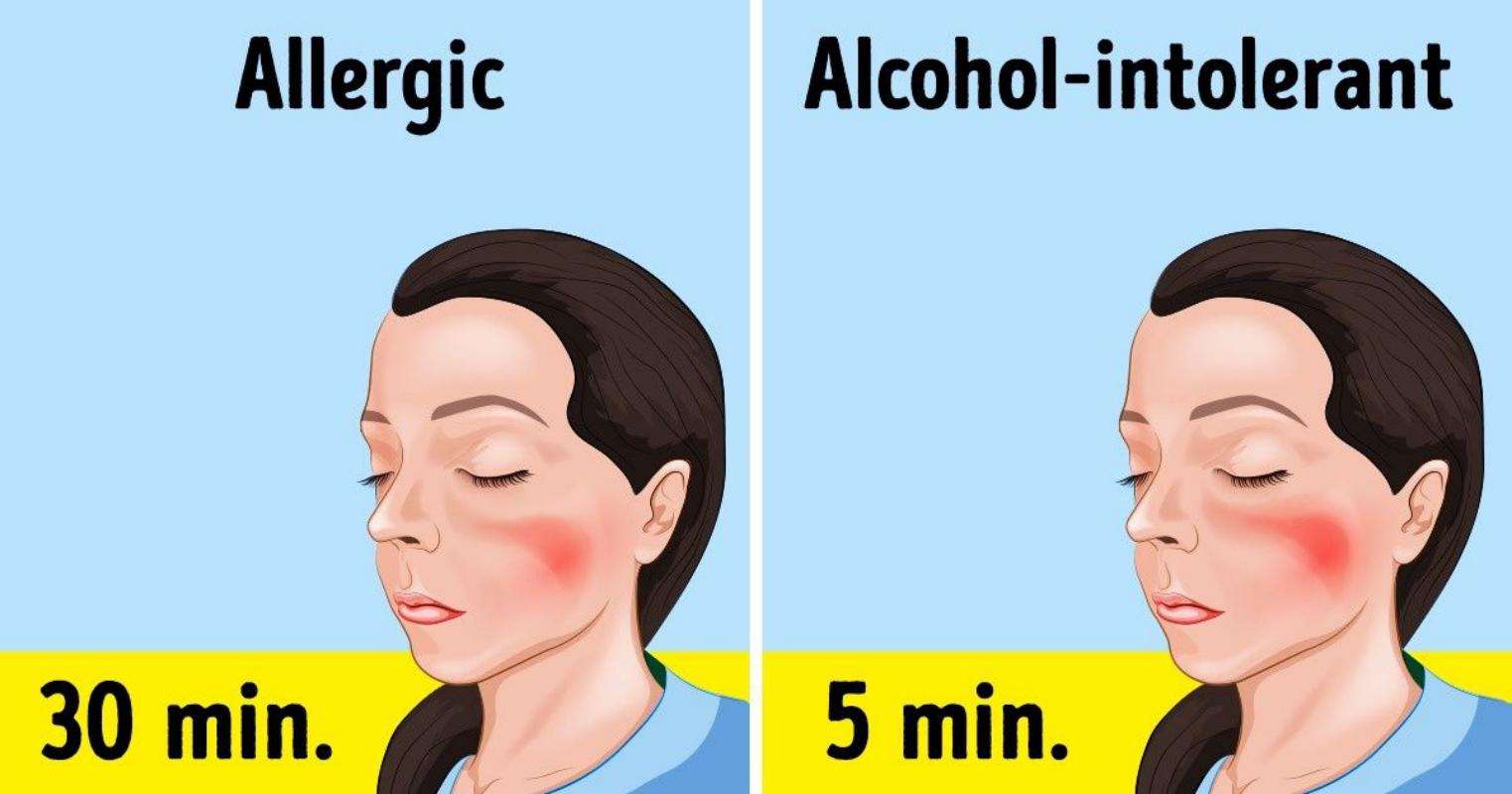 The cause of the unpleasant consequences after a drink is usually not the alcohol itself, but other components in the drink. In some cases, this can be histamine and alcohol intolerance. The components of alcoholic drinks are the raw materials themselves or additives that are introduced into the product later – flavors, clarifiers, thickeners, preservatives. Any of them can become a factor in an allergic reaction.

The most common allergens found in alcoholic beverages:

It is important to understand that alcohol increases the digestive system’s ability to absorb nutrients. Therefore, strong alcoholic drinks can provoke an allergic reaction even to foods that a person has previously eaten without any problems.

One of the most common allergy-triggering drinks is red wine. Beer and whiskey are two other beverages that can provoke a reaction. The degree of reaction is determined by the level of histamine contained in them and the metabolic characteristics of individuals.

Histamine is produced in foods during fermentation, as well as in body cells as part of the body’s response to allergies, infections, or trauma. Its release into the body as a response to the allergen causes itching, redness, runny nose, and other symptoms. Similar symptoms occur if histamine gets into the body with some food products, but our body cannot absorb it. This is a consequence of a lack of a necessary enzyme in our body – diamine oxidase (DAO).

Among alcoholic beverages, the highest histamine content is in alcoholic beverages where the production process involves fermentation: beer, wine, and champagne. For particularly sensitive individuals, even a sip of wine or beer can cause reactions of varying severity, up to potentially life-threatening reactions. In addition, many alcohol-sensitive people test positive for acetaldehyde and acetic acid, the breakdown products of ethanol. An immune reaction to acetic acid can cause hives after drinking. 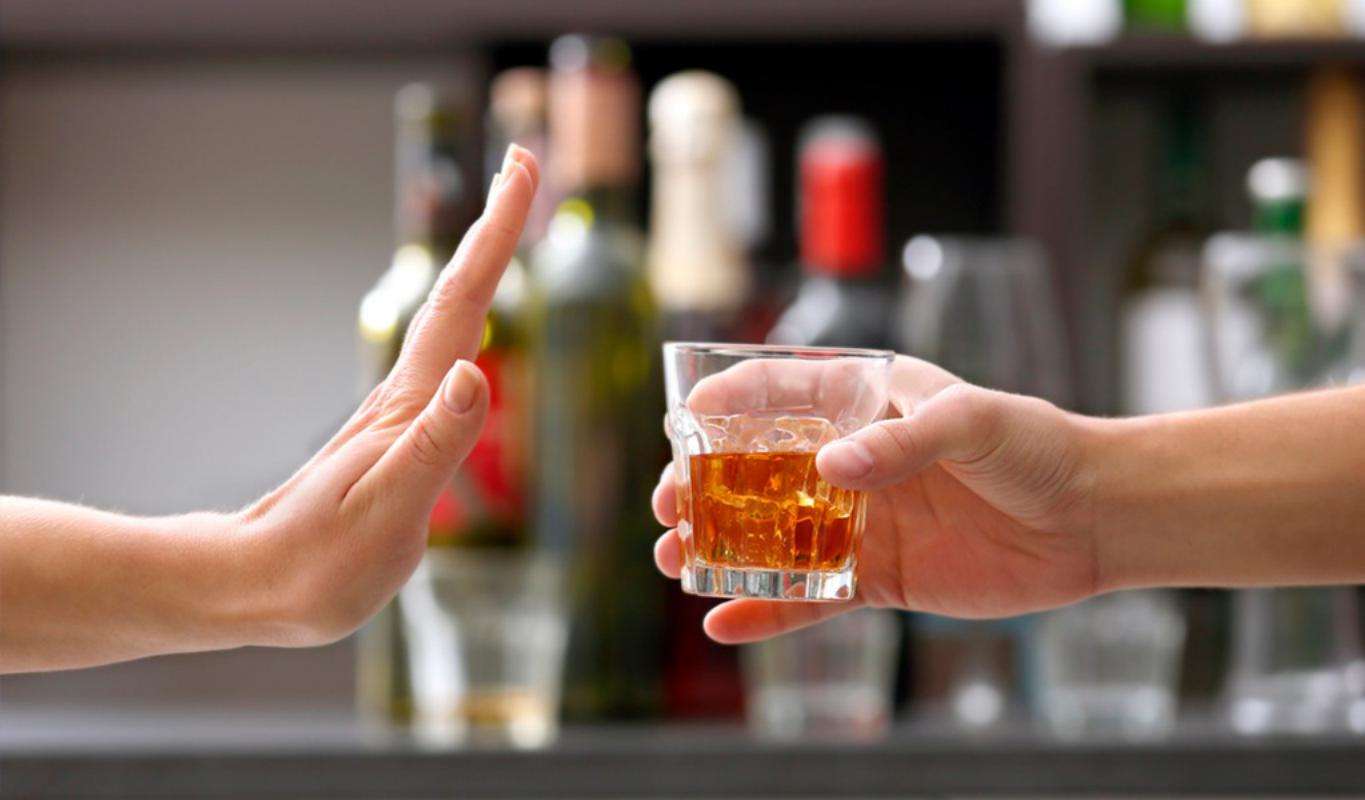 What are the signs and symptoms?

The symptoms of alcohol allergy and intolerance:

Symptoms of alcohol allergy on the face are redness and itching. Sometimes a very small amount of alcohol causes a flush reaction, also known as Asian flush. First, the face and then, the entire human body, turns red. In some cases, alcohol can aggravate symptoms in patients with urticaria and bronchial asthma.

Allergy and intolerance can occur in a woman after giving birth. At the time of carrying the baby, the expectant mother is forced to refuse drinking alcoholic beverages. During this period, the restructuring of the immune system also occurs. After giving birth, it can remain in a modified form, and not return to its original state. Thus, atypical reactions of the body to the use of certain products, including alcoholic beverages, may occur. If you are allergic to alcohol after childbirth, then after drinking it, characteristic symptoms may appear. 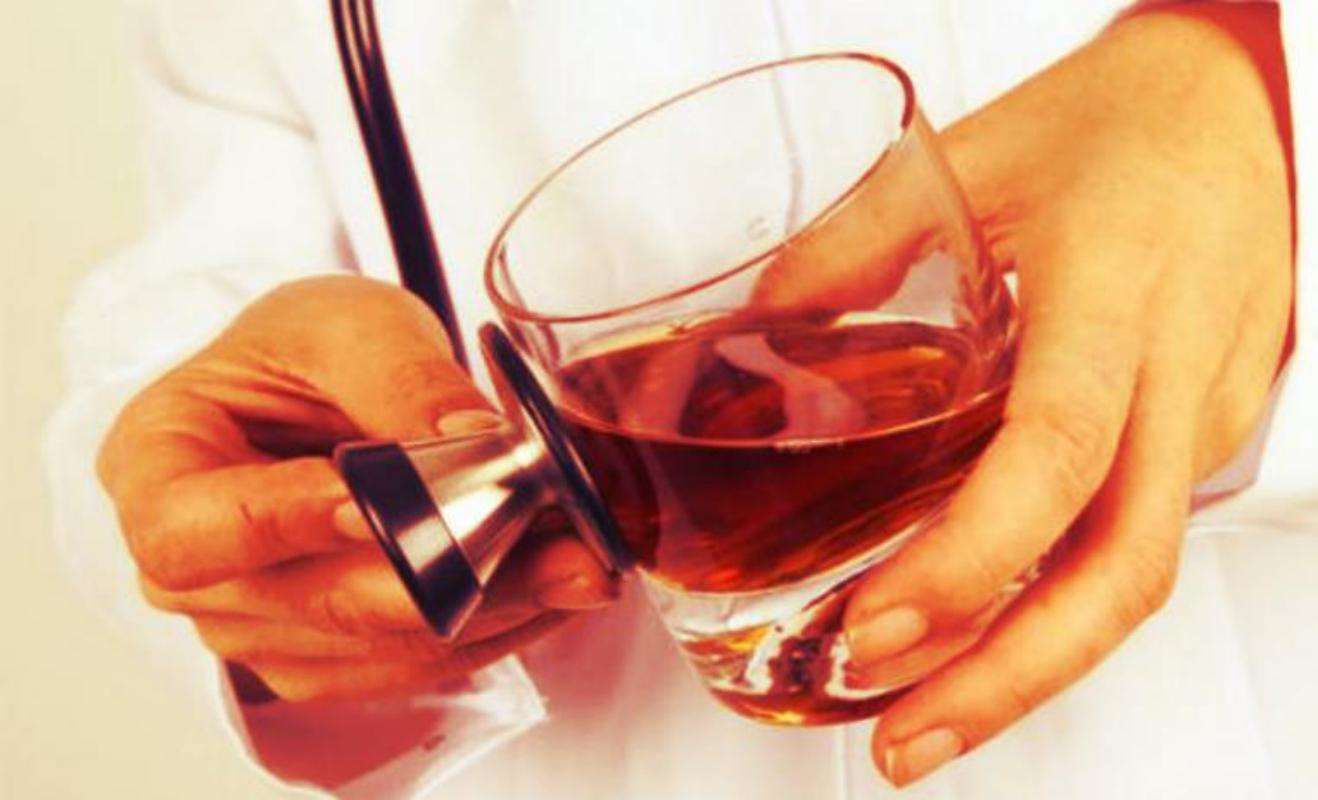 According to the latest data from the World Health Organization, allergic reactions in the body provoke the development of many fatal pathologies. It all starts with the usual malaise: a runny nose, skin rashes, edema, and turns into anaphylactic shock and other serious reactions.

Every year, over 6 million people die due to allergies. Based on these facts, you can realize the seriousness of alcohol allergy, so you should contact a medical institution at the first symptoms of pathology, and not try to deal with them yourself.

How to identify an alcohol allergy?

Identifying a true or false alcohol allergy is a rather difficult task because in this case the clinical symptoms of the illness are quite diverse and can develop with other diseases. If, after drinking alcohol, you notice an allergic reaction of the body, you need to consult a doctor to establish the true cause. Only a doctor can reliably establish the type of reaction of your body to alcohol: an allergy to the products of its metabolism or additives in drinks, an intolerance to histamine or alcohol itself.

If there is a suspicion of alcohol allergy, it may be necessary to conduct a complex of laboratory and special allergy tests, such as skin allergy tests with potential food allergens that may be part of alcoholic beverages. The presence of negative results of allergy studies indicates the pseudo-allergic nature of the disease. Sometimes, in such cases, a histamine test can be performed, followed by comparison with similar reactions to the use of wine, beer, and other alcoholic beverages.

If you’re not reacting to ethanol, but other ingredients in alcohol, it can be helpful to keep track of what you drink and your reactions. This will help determine if you can use certain alcoholic beverages in moderation. By understanding the cause of your symptoms, you can consciously choose the drinks that are acceptable to you and their amount. After identifying a specific allergen or substance that caused a pseudo-allergic reaction (alcohol intolerance), it is necessary to exclude the use of alcoholic beverages containing the problem component and food products that contain it.